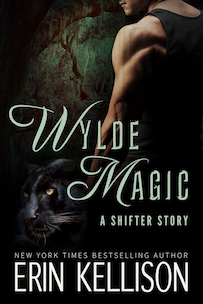 Returning home after a decade of study, historian Jack Wylde has to contend with a family curse he’s dedicated his life to breaking and a brother on the edge of madness. The last person he wants involved is Sergeant Evangeline Renard, the only friend he ever had as a kid, now on the Bloomfield police force. When news spreads of a vicious animal attack on the outskirts of town, he knows eventually the bloody tracks will lead to the dilapidated steps of what was once the grand Wylde family estate. And sure enough, look who’s knocking on his door…

*Wylde Magic was first published as a short story in the Mammoth Book of Southern Gothic Romance. Jack and Eva’s story will continue, releasing Winter 2016.

Keep an eye out for more information regarding when (and how) you can get Wylde Magic for your very own. 🙂