Welcome to the Rock*It Reads Heating Up the Holidays Blog Hop. There are 15 stops on the blog tour. The more blogs you visit and comment on, the greater your chances of winning the grand prize, a $75 gift certificate to Barnes & Noble or Amazon, and a huge collection of books from the authors of Rock*It Reads. Smaller prizes will be available at each stop along the way.

Good luck, and have fun! 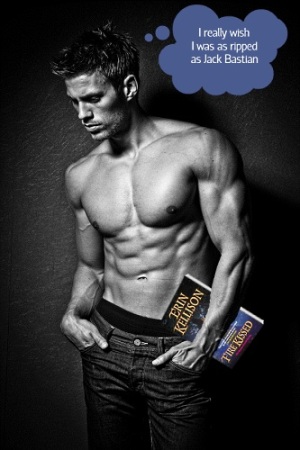 I am thrilled to be relaunching my blog with the Rock*It Reads blog hop. Readers, you have LOTS of ways to win, both the grand prize and prizes from author pages.  The more pages you comment on, the greater your chances of winning.

Lately I’ve been working hard on SOUL KISSED, book two in my Shadow Kissed series. Even when I’m not writing, I can be found staring off into space imagining what’s coming in the next scenes. If I have a goofy smile on my face, it’s probably HOT.

Today I’m spotlighting book one, FIRE KISSED, which released in September. If you’re looking for a HOT read this holiday season, this one is full of fire. Literally. The hero is Jack Bastian, an angel who has to contend with Kaye Brand, a mage woman who has fire in her blood.

Here’s a sneak peek at the sparks between them: 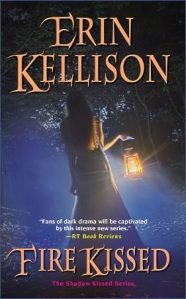 The house was dark. He slammed the door behind him.

She flipped on the entrance hall light. Took off her coat. Put it over her arm. Regal. Her act. Liar. Couldn’t believe a thing the woman did or said.

Her mouth was moving. “…suspend meeting with clients…”

But the sounds were warped. The tilt of her face shifted slightly this way. And slightly that. Her tongue artfully shaping sounds that made no sense.

She tucked a curl behind her ear. 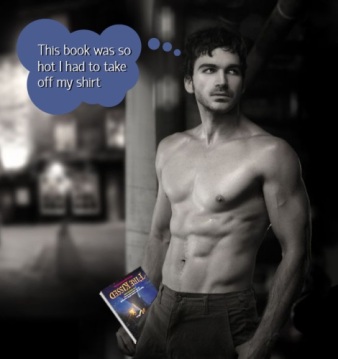 And then Jack was kissing her. Because she couldn’t say that name again, not one more time tonight, or tomorrow, or ever again, in his presence. He had to kiss all knowledge of it out of her and leave nothing but himself behind. He was a moth to her flame and he didn’t care.

His hands gripped her upper arms, but when she opened her mouth under his, her body saying yes, he made a grab for all of her. Hauled her up against the wall.

He trapped her there, his hand at her breast, his tongue rasping against hers, wild and wet. A bolt of lightning heat went through him, as if God struck, but Jack held on to Kaye and for once refused to care. His groin beat dark and needy, while he gripped the fabric of her dress and ripped because he couldn’t begin to think about zippers or buttons.

He felt a flutter of movement at his waist. Her bare hands found the skin at his navel. And he made an inhuman sound of longing.

She pulled out of the kiss to shhhh him, comforting, while she stroked and peeled off clothes to get them closer. Coat. Suit jacket. A tug and yank at his shirt.

“I’m here. I’m yours,” she said, answering the need he couldn’t have put into words if he’d tried. 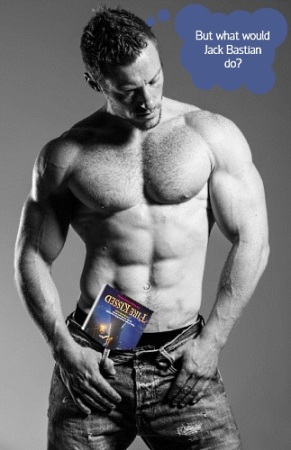 I’m giving away my most recent release, FIRE KISSED (print or e, reader’s choice), to a reader who answers this question: Which of the hot guys on this page is your favorite pensive man of passion? Answer below to enter for your chance to win!

Don’t forget to visit the other authors on the Blog Hop for more chances to win!